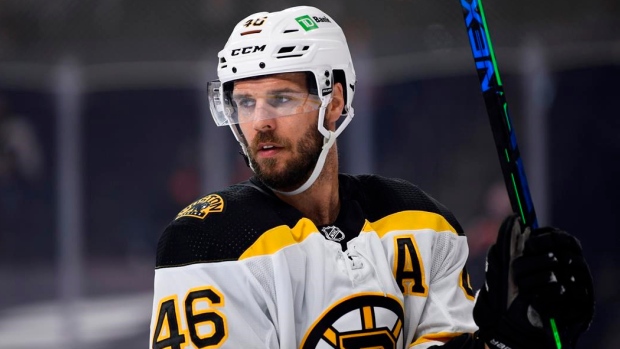 Speaking to TSN Radio 1200 Ottawa on Tuesday, Cassidy said Krejci told the team earlier in the off-season he was interested in moving his family back to his native country.

“He did not close the door on returning back,” Cassidy said. “I don’t know if that will happen or when it will happen at all, but he didn’t say I’m retiring and done from the National Hockey League. So, that’s good news for us in the sense that maybe in a couple of months, he’ll feel satisfied with what he needed to do, or maybe not.”

In 51 games last season, the 35-year-old Krejci recorded eight goals and 44 points while playing out the last of a six-year, $43.5 million contract. He added two goals and nine points in 11 playoff games.

The Bruins have just over $1 million in cap space remaining after signing Nick Foligno, Erik Haula, Tomas Nosek and Linus Ullmark, among others, in free agency. It remains unclear who will fill Krejci's place as second-line centre, though.

“So we’re going to go about our business. (General manager Don Sweeney) signed some free agents, we added some depth,” Cassidy added. “We have a good young player in (Jason) Studnicka; Charlie Coyle could move up. So we’ll see where we can fill that hole and see where David’s at a little later here in the season.”