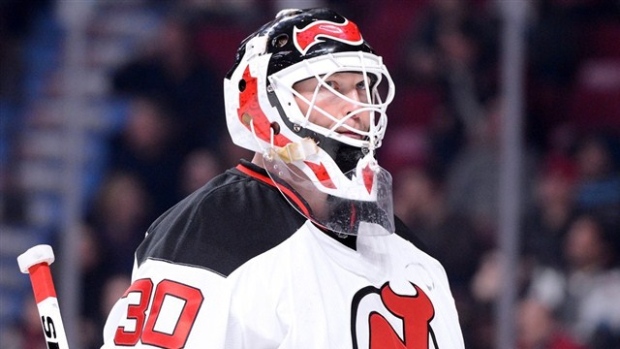 Martin Brodeur is taking a shot with the St. Louis Blues.

The team announced via Twitter on Wednesday that the former New Jersey Devils netminder will practice with the team on Friday.

"Marty has agreed to come in and practice through early next week," said Blues general manager Doug Armstrong. "We will address the media at Friday’s practice at Scottrade.”

Blues starter Brian Elliott is currently out "week to week'' with a knee injury. TSN Hockey Insider Darren Dreger reports that Brodeur will arrive in St. Louis Thursday before hitting the ice on Friday. He will practice for a week or so, and then a decision will be made on a potential contract. Dreger added that Brodeur has not signed a professional tryout contract.

"The Blues called us about the possibility of me going in there and having a couple of days of practice and to kind of have a mutual feel for each other and see where that takes us,'' Brodeur told TSN Hockey Insider Pierre LeBrun via phone from New Jersey. "In talking with my agent Pat (Brisson), the Blues were one of the teams near the top of my list, that if I could pick a team to go to, it would be the Blues. So for them to reach out and just invite me to come and practice and see where it goes, I'm pretty excited about it."

"I've been skating a lot privately here in New Jersey with Scott Gomez while the Devils were on the road,'' Brodeur said. "I've been on the ice seven of the last eight days. I feel pretty good about that. I'm looking forward to going to real practice. Hopefully everything will work out but I'm just happy to have a chance to show what I can do. And I look forward to seeing what kind of organization the Blues are, they seem like a real credible one with the guys that not just in the lineup but also around the organization."

The holder of many NHL records, Brodeur is the all-time leader in regular season wins (688), regular season shutouts (124) and has the most games played by an NHL goaltender (1,259).

He was originally selected by New Jersey in the first round (20th overall) of the 1990 NHL Entry Draft.

Blues head coach Ken Hitchcock has a history with Brodeur, having served on the coaching staffs of the 2002, 2006 and 2010 Canadian Olympic hockey teams as well as the 2004 World Cup of Hockey.

"One of the things I looked at is that if I was going to go anywhere, I wanted to join a solid team with good structure," Brodeur said. "Definitely with Hitch, coaching against me for so many years and being around him at the international level, that made it an attractive place to go because of him, that's for sure."