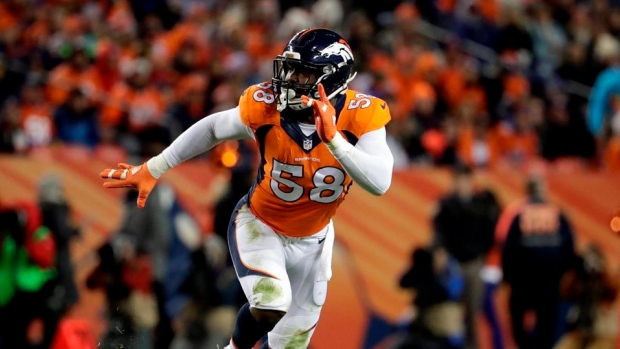 DENVER — Authorities have declined to charge Denver Broncos star Von Miller for catching a hammerhead shark off the coast of Florida last year.

The Denver Post reported Tuesday that a recently published list of enforcement actions by the National Oceanic and Atmospheric Administration shows the owner and operator of the fishing boat Spellbound was fined $2,000 for the March 2018 catch.

Miller had posted video on social media that showed him and others pulling the shark out of the water during a deep-sea fishing trip near Miami.

The Florida Fish and Wildlife Conservation Commission opened an investigation after the social media posts led to complaints.

According to the commission, harvesting hammerhead sharks is prohibited in Florida waters.