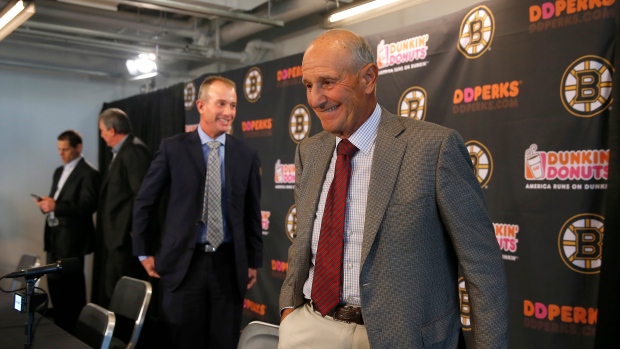 If there are National Hockey League team owners who want the league to partake in the 2018 Winter Olympic Games in Pyeongchang, South Korea, don't count Boston Bruins owner Jeremy Jacobs among them.

Jacobs tells the Boston Globe's Kevin Paul Dupont that the likely viewership of the event in North America doesn't justify participation thanks to the time difference.

“I think the four people that watch it don’t justify it,” Jacobs said.'

There's a 13-hour difference between Eastern Standard Time and local time in Pyeongchang. Because of the difference, games will likely air in the early morning hours in North America.

The NHL has participated in the last five Olympic Games beginning with Nagano in 1998, but is set to skip next year's Games. The league announced on April 3 that there would be no break factored in to next year's schedule and declared "the matter closed."

Jacobs also worries about another in-season break for the league to accommodate the Olympics, as well as any potential injuries occurred by players while away at the Games.

Jacobs is actually in favour of having hockey join the program of Summer Olympics sports, but doesn't think the idea will gain any traction.

“They won’t embrace it,” Jacobs said of the International Olympic Committee. “So it is what it is.”

Despite the league insisting the issue is settled, a number of players remain interested in participating with Evgeni Malkin and Jakub Voracek among them.