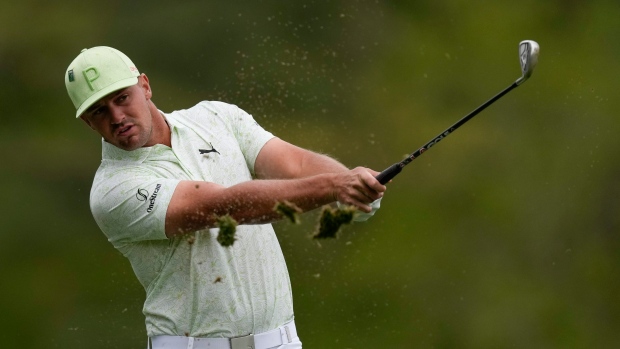 It appears Bryson DeChambeau is going under the knife after playing through a hand injury at the Masters.

DeChambeau was scheduled to take part in a Professional Long Drivers Association event this week, but one of the PLDA owners, Bobby Peterson, told Sports Illustrated that the world No. 19 has pulled out due to looming surgery.

“He’s going to have surgery on Thursday,’’ Peterson said. “It’s unfortunate more for him. I hate that he’s not going to the event. But I hate it more for him. Obviously, it’s not good or he wouldn’t be doing that. I know he was trying to avoid it, but I guess he felt it was something he had to do.’’

DeChambeau missed the cut at Augusta last week after going 8-over through two rounds. He had previously stated in March he was dealing with a fractured hamate bone in his left hand and a torn labrum in his left hip. Sports Illustrated reports the surgery will be on his broken hand, leaving doubt as to whether he will be cleared to take part in the PGA Championship next month.

The 2020 U.S. Open champion took nearly two months due to the injuries before returning at the WGC-Dell Technologies Match Play in March. He said ahead of the event he would be "not even close" to his full self and lost to Lee Westwood in the first round of the tournament.

The 28-year-old also missed the cut at the Valero Texas Open one week before the Masters, going 5-over in two rounds.