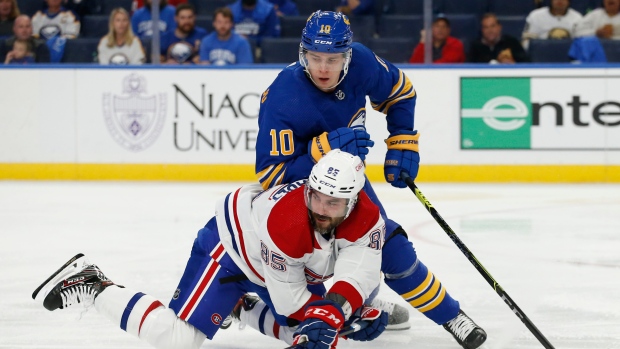 The Buffalo Sabres announced Friday that forward Casey Mittelstadt (upper-body) and defenceman Henri Jokiharju (lower-body) will both miss a couple of weeks with injuries.

Per head coach Don Granato, both Casey Mittelstadt and Henri Jokiharju will be out for at least a couple of weeks.

Mittelstadt, 22, had 9:07 TOI and zero points in Thursday's 5-1 victory over the Montreal Canadiens. He suffered the injury during the second period and did not return for the third period.

A first-round pick (eighth overall) by the Sabres at the 2017 NHL Draft, Mittelstadt has 27 goals and 61 points in 153 career NHL games.

Jokiharju, 22, played 16:39 TOI in the season opener. Acquired by the Sabres on July 9, 2019 from the Chicago Blackhawks in exchange for Alexander Nylander, Jokiharju is entering his third season with the Sabres.