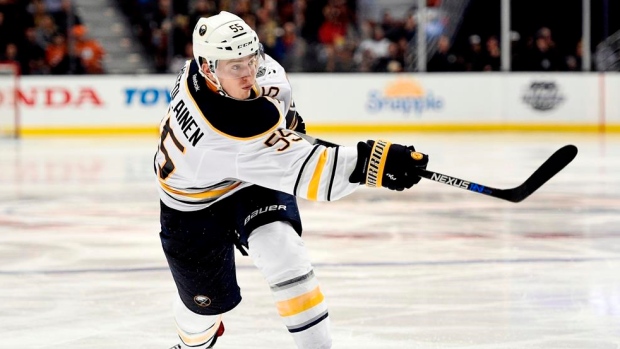 Trade rumours have swirled around Buffalo Sabres defenceman Rasmus Ristolainen all summer and he did little to quiet those reports in an interview published Saturday in Finland.

Ristolainen told Finland's MTV Sports that opening the season with the Sabres is far from a guarantee.

"I cannot say anything other than the fact that on the 12th of September, I will be at one of the NHL team's training camps," Ristolainen said, as translated by the Buffalo News.

MTV Sports added that Ristolainen wants to be moved by the Sabres, though the right-handed defenceman said he intended to keep his discussions with the team private.

Ristolainen, 24, scored five goals and posted 43 points in 78 games this season while averaging 24:38 of ice time. He finished the season with a league-worst minus-41 rating.

Ristolainen, drafted by the Sabres in 2013, is signed for three more years at a cap hit of $5.4 million.