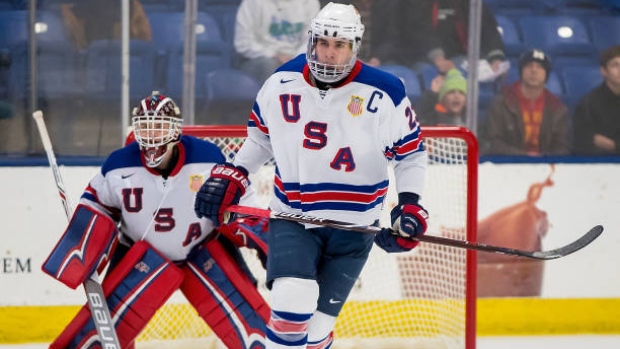 The 32nd overall selection from the 2018 NHL Entry Draft is under contract.

The Buffalo Sabres and defenceman Mattias Samuelsson have agreed to terms on a three-year, entry-level deal, the club announced on Wednesday.

Samuelsson, 20, just completed his sophomore season at Western Michigan where he had two goals and 12 assists in 30 games.

"We are very pleased with Mattias' growth both at Western Michigan and on the international stage," Sabres general manager Jason Botterill said in a statement. "He possesses a unique combination of size, speed and skill, and we look forward to working with him on his next steps as a pro."

A native of Philadelphia, Samuelsson has represented the United States on two occasions at the World Junior Hockey Championship, winning a silver medal in 2019 and then captaining the squad in 2020.