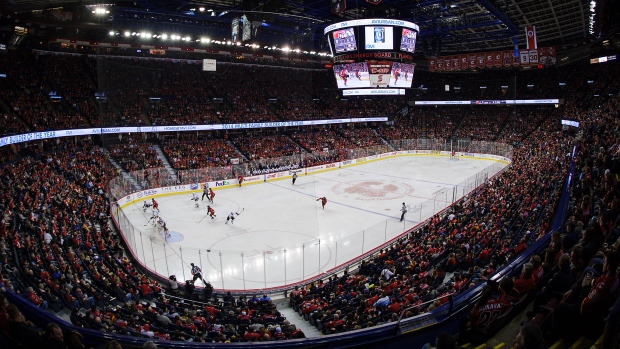 Brian Burke has held many titles in a lifetime of hockey - player, agent, general manager, league executive/disciplinarian and president of hockey operations.

The president of the Calgary Flames is on a mission - some would describe it as a difficult if not impossible uphill battle‎ - to make ice surfaces bigger in the NHL.

"I've felt this way for a long time," the 59-year-old Burke said this week. "When I was GM of the [Vancouver] Canucks, I felt the ice was too congested for the size and skill we had on our team. I thought the size of the ice surface affected my team's ability to excel. That's where it started for me."

Self-interest may have sparked Burke's initial look into bigger ice. Now, though, the quest is, as he sees it, much more altruistic.

"It would," Burke said, "be good for the game of hockey."

Burke has no appetite for the larger international ice surface measuring 200 feet long and 100 feet wide, 15 feet wider than the NHL standard of 200 x 85.

Too big, he said. 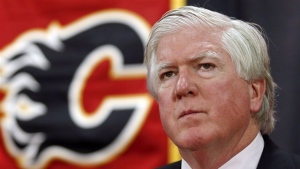 He's not even convinced the so-called international hybrid (92 to 94 feet wide) used in some rinks in Finland is necessarily the way to go.

"Ninety feet," Burke said. "An extra five feet on the width, that's it. I believe it would make a big difference in the quality of hockey."

Those dimensions currently exist in a number of college rinks in the United States, most notably at Boston University's state-of-the-art Agganis Arena, where many NHL teams practise when in Boston.

"If you really think about it, it's crazy that we are still using the same size ice surface as we started with in hockey," Burke added. "The players have gotten so much bigger and stronger. There's not enough room out there. It's too congested. An extra five feet would make a big difference."

It's a tough sell, for two reasons.

One, any change in hockey is difficult. It's such a traditional sport, rooted in the word, no.

Two, most existing NHL arenas aren't configured to be wider than 85 feet. The infrastructure (cooling systems/ice plants etc.) simply don't exist beyond the 85-foot confines and even if they underwent a costly retrofit to permit it, teams are no hurry to rip out prime or premium dollar seats and reduce hockey-related revenue to make the ice bigger.

Burke is undaunted. He's like a dog on a bone on this one.

"I know how hard it is," Burke said, "but I think every new arena we build in the NHL should have the capacity to be 90 feet wide. We need to have that capability in the future. Why wouldn't we give ourselves that option?"

So, in the year or two prior to the opening of Pittsburgh’s Consol Energy Center in 2010, Burke lobbied the Penguins to incorporate wider ice configurations.

When the Edmonton Oilers were planning their new arena, which will open in the fall, Burke lobbied them, too.

The new arena in Las Vegas, a potential NHL expansion site, was already under construction before Burke could make his pitch there.

But he did hit pay dirt in Detroit, where the Red Wings are in the process of replacing Joe Louis Arena with a new facility, the Detroit Event Center. Construction began last spring.

"Brian and I are big proponents of the 90-foot-wide ice surface," said Jimmy Devellano, the longtime Red Wing senior vice-president. "I really believe it will help the NHL game with more flow, less congestion and maybe even a few less injuries.

"In Detroit, when we get our new rink, we'll have the capability to go to 90 feet,' Devellano added.

The Flames, of course, are trying to get a new building in Calgary - that's another story for another day - but should it ever happen, Burke said it will have 90-foot-wide potential.

Detroit and Calgary, it's a start. 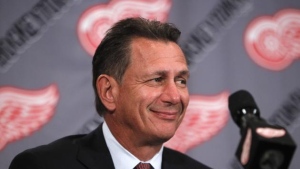 "‎People like (Detroit GM) Kenny Holland more than they like me," Burke said, laughing. "If Kenny and the Wings are in favour of this, maybe others will be too, as more new arenas get built."

Bigger ice is not something anyone at the NHL - from commissioner Gary Bettman to any of the hockey operations department - is necessarily championing or even making an issue of at this point. But Burke did say when 30 NHL GMs were asked in a straw poll on merits of the 90-foot-wide rink, the vote was 24-6 in favour. That was a few years ago.

"I know there's going to be debate on it," Burke said, "but you can't even have the debate if when we build new rinks we don't have the (mechanical) ability to go to 90 feet.‎"

Burke said he can envision a day in the future when at least half the rinks in the NHL are capable of putting in a 90-foot-wide surface. It's at that point, he said, when he believes the league could conceivably switch over and have 200 x 90 as its official regulation playing surface.

"People are going to talk about uniformity," Burke said, "but we didn't have uniformity when the Boston Garden, Chicago Stadium and (Buffalo's) Memorial Auditorium were less than regulation size."

"Baseball has never worried about their ballparks being unique in size and design," Devellano added. "They have different dimensions."

So Burke will soldier on, recruiting wider-ice proponents one new rink at a time and, maybe one day, there will be enough of them to at least allow for legitimate debate on the issue.

These are halcyon days for Finnish hockey.

Finland is still basking in the glow of winning the 2016 World Junior Hockey Championship on home ice in Helsinki.

In June, at the NHL draft, it's possible two Finns - big goal-scoring wingers Jesse Puljujarvi and‎ Patrik Laine - will be among the first three players selected.

It is, apparently, not a fluke either. 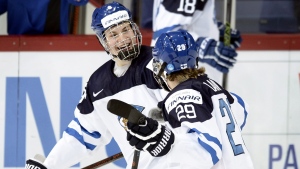 NHL scouts are marvelling at the talent pipeline coming out of one of the smaller, less-populated hockey powers. They've already taken note of some notable 2017 draft prospects on the horizon, including:

- ‎Kristian Vesalainen, a 6-foot-3, 200-pound winger who plays for Frolunda in Sweden.

- Urho Vaakanainen‎, a 6-foot-1, 190-pound defenceman who plays for Espoo in Finland.

- ‎Eeli Tolvanen, a dynamic 5-foot-9, 172-pound winger who plays for Sioux City in the USHL and is, at age 16, seventh in league scoring.

"You have to hand it to the Finns," an NHL scout said. "They're doing a tremendous job: size, skill, good players."