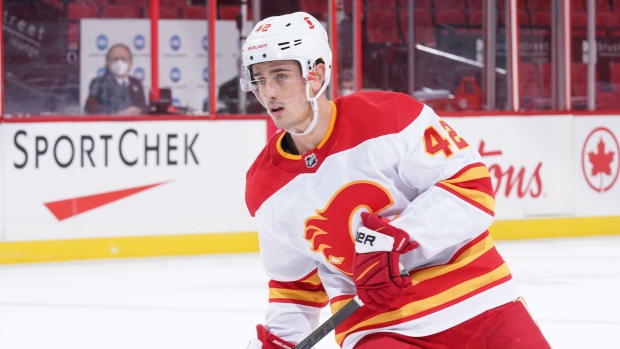 The Calgary Flames have placed forward Glenn Gawdin on waivers on Wednesday. The 24-year-old has played two games with the Flames this season.

Gawdin was selected in the fourth round (116th overall) by the St. Louis Blues in the 2015 NHL Draft.

Vancouver Canucks forward Nic Petan, who was placed on waivers Tuesday, has cleared.

Petan, 26, signed a one-year, two-way deal with the Canucks in the summer. He spent the past two-plus seasons with the Toronto Maple Leafs organization.

In 136 career games over six seasons with the Leafs and Winnipeg Jets, Petan has six goals and 22 assists.