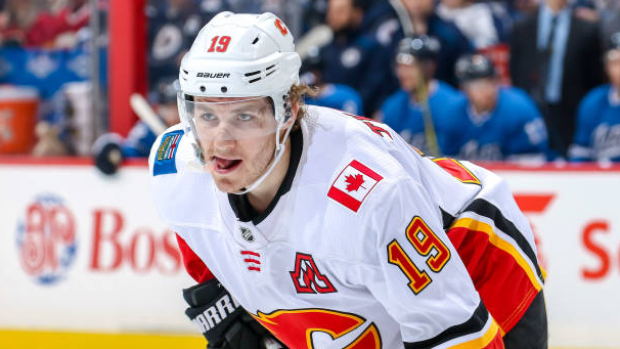 Calgary Flames forward Matthew Tkachuk did not play Tuesday night in Arizona against the Coyotes and is considered day-to-day with an upper-body injury, the team announced.

Tkachuk picked up a goal and an assist in Monday night's overtime win against the Colorado Avalanche. He was injured and headed to the dressing room after a collision with Nikita Zadorov but returned to the game.

The 21-year-old has 12 goals and 15 assists so far this season for the Flames.

Following their 5-2 victory in Arizona, Calgary will be back in action on Thursday at home against the Toronto Maple Leafs.