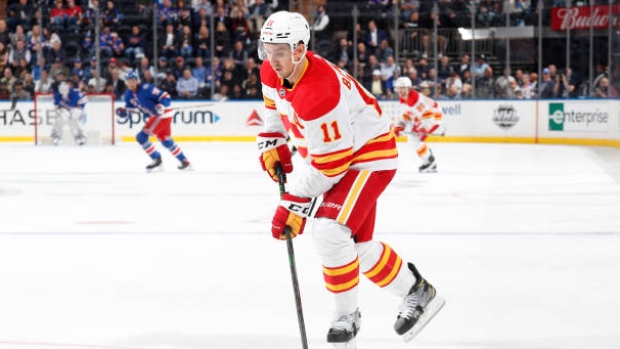 The fine is the maximum allowable under the CBA for Backlund, who carries a cap hit of $5.35 million.

Calgary’s Mikael Backlund has been fined $5,000, the maximum allowable under the CBA, for Cross-checking Philadelphia’s Travis Konecny.

Backlund, 32, has three goals and five points in 16 games this season. He posted nine goals and 32 points in 54 games last season.

Konecny, 24, has four goals and eight points in 14 games this season.