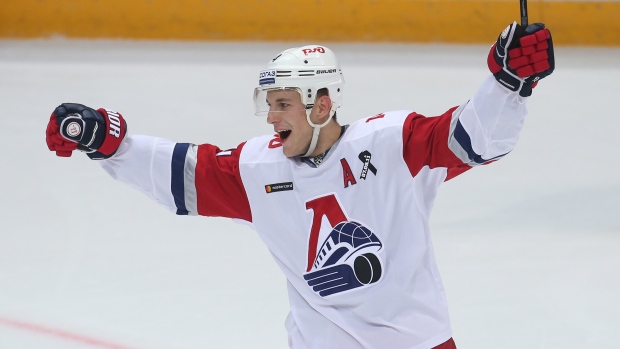 Alexander Yelesin's IIHF World Championship might be over, but his NHL career is just beginning.

TSN Hockey Insider Bob McKenzie reports the Calgary Flames have signed the 23-year-old defenceman who was cut this week from Russia's worlds entry in Slovakia.

A native of Yaroslavl, Yelesin spent the last two seasons with his hometown Lokomotiv of the Kontinental Hockey League.

A right-shot defenceman, Yelesin had informed Lokomotiv last month that he intended to play in the NHL next season.