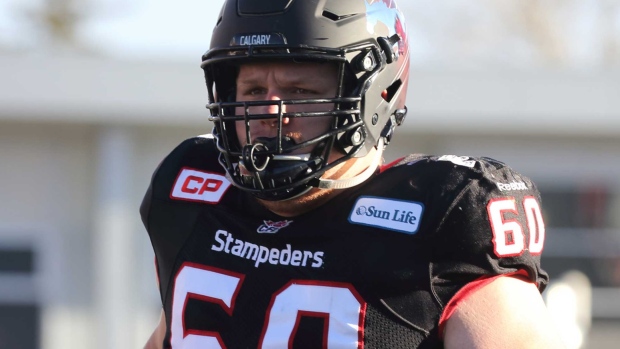 Canadian offensive lineman Shane Bergman, who spent all seven of his seasons in the CFL with the Calgary Stampeders announced his retirement on Wednesday.

Bergman, 30, was drafted by the Stampeders in the sixth round of the 2013 draft. After appearing in just one game as a rookie, six-foot-seven Bergman made 102 starts at left guard for Calgary over the final six seasons of his career.

"The time has come to close this exciting chapter of my life," Bergman said. "I have been lucky enough make a career playing a sport I love for the last seven years, but all good things must come to an end. While I did plan to return for the 2020 season, COVID had other plans. However, I have been able to spend the last year at home with my family, watch my son take his first steps, say his first words and so many other milestones. They say home is where the heart is, and that’s where I need to be at this point in my life. My body and my family will thank me."

Bergman, who hails from Teeterville, Ont., helped the Stampeders win two championships during his tenure and was named a West Division and CFL all-star in 2019, his final season.

"Shane arrived in Calgary as an unheralded sixth-round draft pick and he worked extremely hard to become an all-star calibre player and one of the cornerstones of our offensive line," Stampeders president and general manager John Hufnagel said. "He was a tower of strength at left guard and a very important part of our success during his time with the Stampeders, helping us win two Grey Cup championships. I thank Shane for everything he has done for the organization and wish him, his wife Brianne and their son Asher all the best in the future."