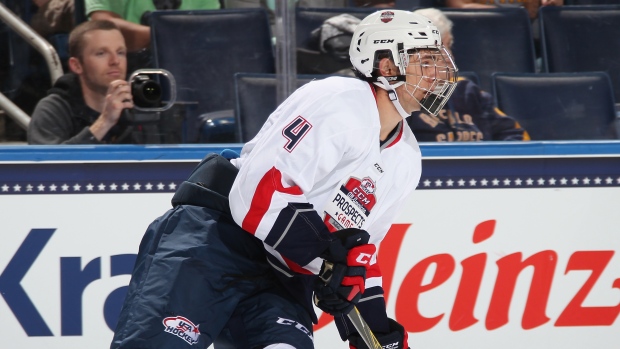 Defenceman Michael Campoli was released from hospital on Tuesday after being treated for a hard hit he took during a 3-on-3 scrimmage earlier in the day at the Buffalo Sabres' prospect development camp.

According to various reports, Campoli, a camp invitee who played last season for the U.S. Under-18 Team, lay motionless for about 20 minutes after a hit along the boards by forward William Carrier. Team trainers attended to Campoli immediately while the other players were sent back to the dressing room.

EMTs and the Buffalo Fire Department arrived, providing a backboard and neck brace for Campoli and placing him on a stretcher. He was sitting upright in the stretcher as he was being taken off the ice.

The scrimmage resumed after Campoli was taken by ambulance to a local hospital.

Sabres general manager Tim Murray told reporters afterwards that Campoli was awake, was 'joking around' and had movement in his extremities.