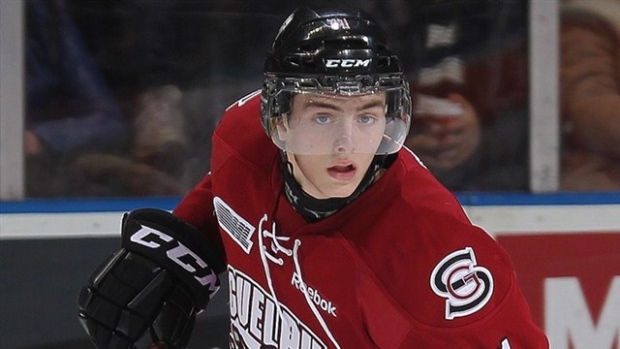 The Canadian national junior team made its final cuts on Friday night following a 2-1 pre-tournament overtime loss to Russia at the Air Canada Centre in Toronto.

Head coach Benoit Groulx and his staff chose to release forwards Jason Dickinson of the Guelph Storm, Michael Dal Colle of the Oshawa Generals, and Rourke Chartier of the Kelowna Rockets, along with defenceman Haydn Fleury of the Red Deer Rebels.

The moves bring the roster down to 22 players, the limit that had to be reached by Christmas Day.

"I thought I had a pretty good camp," said Dal Colle shortly after receiving the news.

The cuts mean that 17-year-old Lawson Crouse of the Kingston Frontenacs made the team, a big achievement where the majority of players in the event are 18 and 19 years old.

Crouse and Connor McDavid are the only undrafted players on the Canadian squad.

Canada made its first five cuts back on Sunday, when forwards Morgan Klimchuk, Nick Baptiste and Remi Elie were released along with blueliners Travis Sanheim and Chris Bigras.

There were no cuts in goal as Canada only invited the two goalies it intended to play in the tournament, Zach Fucale and Eric Comrie.

Canada continues its pre-tournament schedule on Sunday against Sweden in Ottawa. The host nation opens the tournament in Montreal next Friday against Slovakia.