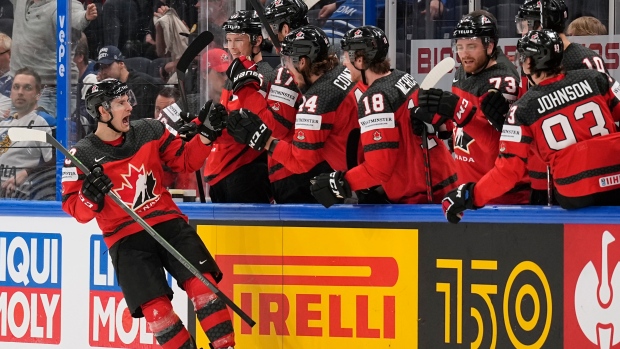 TAMPERE, Finland — Dylan Cozens scored twice to lead Canada to a 6-1 win over Czechia in semifinal play Saturday at the world hockey championship.

Canada pulled away by scoring three goals in a span of three minutes 19 seconds midway through the second period at the Nokia Arena.

David Krejci opened the scoring for Czechia and Cozens tied the game late in the first period. Cole Sillinger had an insurance goal.

The defending champion Canadians will play host Finland for gold on Sunday.

Finland beat the United States 4-3 in the early semifinal. The Americans will play Czechia for bronze.

This report by The Canadian Press was first published May 28, 2022.