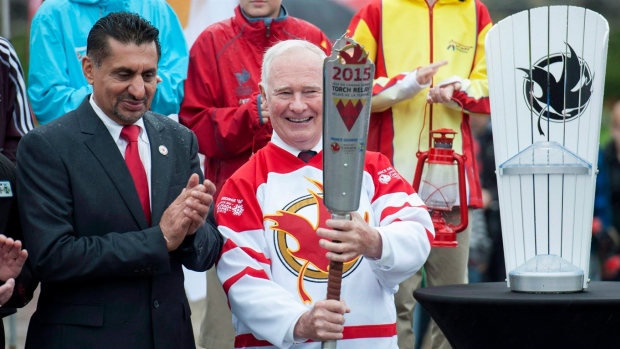 Many young athletes use the Canada Winter Games as a stepping stone to greater exposure, and this year's host city hopes to do the same.

Prince George, B.C., is set to welcome 2,400 competitors for 17 days beginning Friday, and Games CEO Stuart Ballantyne says apart from putting on an event featuring some of the country's premier sporting talent, the community is also looking forward to telling its story.

"I think it's a real coming out party for northern British Columbia and Prince George," Ballantyne said in a recent phone interview. "A lot of the country doesn't really consider what goes on in northern B.C. and this is a great chance to stand up on a soapbox and tell them."

Established in 1967 to help celebrate Canada's centennial and promote national unity, the Games, which alternate every two years between summer and winter editions, feature athletes aged 12 to 35 from all 10 provinces and three territories.

"It's a unique property in the world," said Canada Games Council chairman Tom Quinn. "If I was going to put it into context to someone who knew nothing about it I'd say it's almost like Canada's junior Olympics."

Added Ballantyne: "Canada is the only nation that hosts a national Games for athletes of this age and calibre ... people should take it in and really be proud of what Canada created in 1967, and we're proud of what we're going to deliver."

Prince George has a population of about 90,000 people, and Ballantyne said some 4,500 volunteers are on board for the event that is expected to leave a number of lasting impressions on the community.

"The Canada Games itself, the movement, is all about legacy," he said. "The legacy is not just hosting a major event and putting your city on the map, it's the ability to host other sporting events in the future, the physical legacies in the sport venue upgrades that have been put in place, (and) the human side."

A former executive with the WHL's Vancouver Giants, Ballantyne said planning for the Games has presented some distinct challenges for Price George's organizing committee.

"We're 900 kilometres from major cities," he said. "We've basically had to fish off the land from a business perspective and really work with local suppliers, which is a great thing in of itself."

"There no question we're going to have some of Canada's future elite athletes," said Ballantyne, who won two swimming gold medals for B.C. back in 1977. "To some athletes this might be the pinnacles of their careers. For some of them it's a stepping stone into a university career. Some of them go into international competition, and some of them go into professional sports or even the Olympics.

"It's hard to predict exactly which ones are going to go on, but it's great to see them at this age."

After being on the project for 3 1/2 years, Ballantyne said Friday's opening ceremony will be the start of an exciting new chapter for both the athletes, and the host city.

"To share northern B.C. with the rest of the nation, and in particular with the participants and their families and everybody else that takes in the Games is very special because it's that moment in time when Prince George got to stand up and tell people who they are," said Ballantyne. "It's a moment in time for those athletes where they'll remember that maybe a turning point in their sports career happened in Prince George and they'll always have that connection."