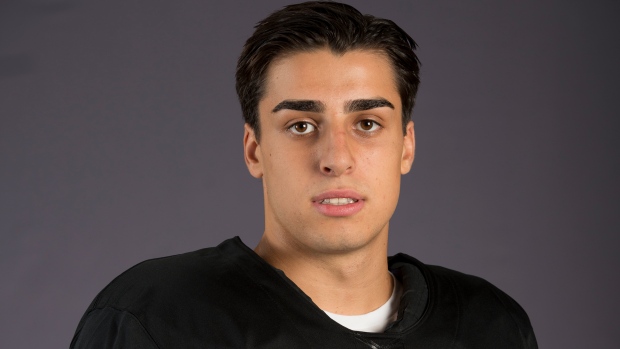 Canada's world junior team has lost forward Robby Fabbri for the rest of tournament with a high ankle sprain.

Fabbri got tangled up with Danish defenceman Anders Krogsgaard along the boards early in the first period and needed help off the ice.

The 19-year-old winger did not put any weight on his right leg as he made his way down the tunnel.

With Fabbri out, coach Benoit Groulx moved 13th forward Brayden Point up to the second line alongside Connor McDavid and Curtis Lazar.

Jake Virtanen moved down to the third line with Nic Petan and Nick Paul.

Fabbri had two goals and four assists and a plus-7 rating in Canada's first four games of the tournament.