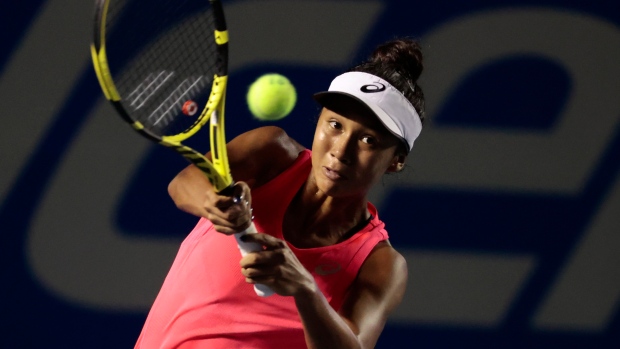 ACAPLUCO, Mexico — Canadian Leylah Annie Fernandez advanced to the final of the Mexican Open with a 6-3, 6-3 win over Renata Zarazua on Friday night.

The 17-year-old Fernandez from Laval, Que., will play in her first-ever WTA final on Saturday against Britain's Heather Watson.

"It wasn't easy today," Fernandez told the media after her victory. "I'm happy that I fought and did my best to get the win."

Fernandez and Zarazua had never played before, with the Canadian finishing her Mexican opponent in an hour 27 minutes.

"I honestly took the energy from the crowd," said Fernandez. "I love how loud it is, and how emotional they are and that helped me too — even though they cheered for Renata most of the time. It helped me, and that made me stay focused a lot more."

Fernandez became the youngest finalist in the Mexican Open's history when Zarazua double faulted while serving on match point.

She is also the first Canadian to make the event's final.