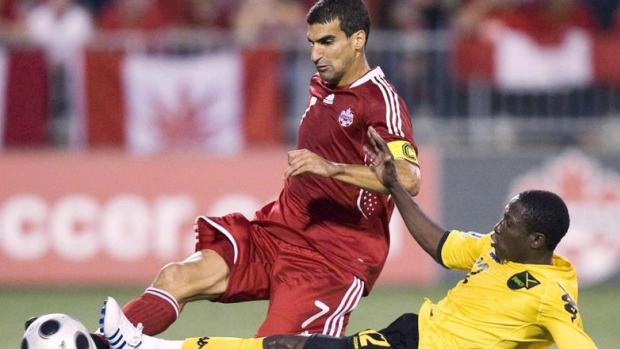 Radzinski, Canada's Player of the Year in 1998, won 46 caps for Canada and had a fine club career in Canada, Belgium, England and Greece. Chapman, a member of Canada's bronze medal-winning team at the 2012 Olympics, won 114 caps over her career.

Fourteen other players are eligible for consideration in the "modern Canadian player" category. One male and one female player will be voted into the Hall, with the Class of 18 announcement coming in May.

Fifteen other players have been identified as "future eligibles" from 2019 to 2022. Nomination lists for the year will be revealed each January.

Former Canada captains Paul Stalteri and Amy Walsh were inducted in 2017, the first year the Hall of Fame came under the auspices of the Canadian Soccer Association.

To be eligible for the Hall, players must have been retired for at least five years and played the game with "excellence at the international and club level" over a career that lasts at least 10 years, unless special exception is granted by the Canada Soccer Association's general secretary.

To be nominated, a player must be in good standing with the CSA and have either played 10 or more seasons at the professional and/or international level and participated in at least two cycles of FIFA World Cup Qualifiers, or have been inducted into a provincial sport or provincial soccer Hall of Fame.

The voting group for the modern Canadian player category consists of 15 to 23 voters including former national team players, referees and media. They can vote for up to three men and three women each year.

One male and one female player will be selection for induction each year. Beyond 2021, in special cases but not every year, a third player (either male or female) can be inducted, as recommended and approved by Canada Soccer's general secretary in advance of the voting period.

The CSA says the voting structure will be reviewed after 2020.

Other players could be added to the future eligibility list.

Hall of Fame rules on legends and non-athletes, which will be decided by a separate committee, are expected to be released in May.