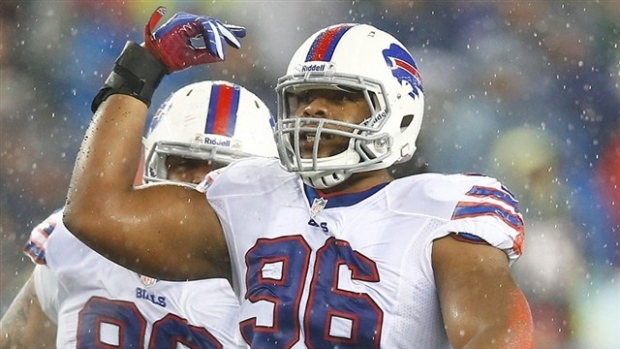 Canadian defensive lineman Stefan Charles has agreed to join the Edmonton Eskimos, according to TSN Football Insider Dave Naylor. The Esks announced the signing later on Monday saying in a news release Charles was signed to the practice roster.

Can confirm that DL Stefan Charles has agreed to join @EdmontonEsks. The no. 10 pick of the 2013 draft. Has spent time with six NFL teams, most recently the @AtlantaFalcons. #CFL #NFL

The No. 10 pick in the 2013 CFL Draft has spent time with six NFL teams, most recently the Atlanta Falcons in training camp this summer.

The Oshawa, Ont., native has not appeared in an NFL game since 2016. In 49 games combined between the Buffalo Bills and Detroit Lions, Charles has 60 combined tackles and five sacks.