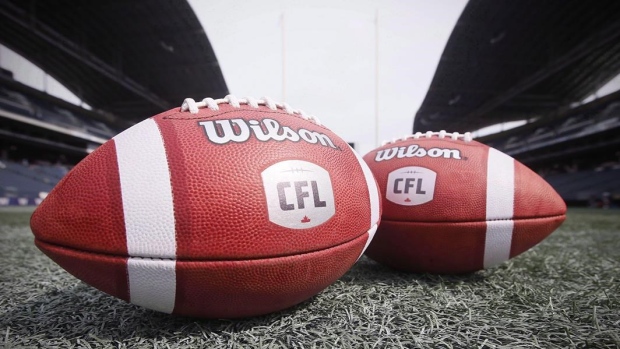 In an attempt to encourage vaccinations, the Canadian Football League introduced a new COVID-19 game cancellation policy on Tuesday that could result in forfeited games and pay.

“Our goal is to ensure we have zero game cancellations due to issues caused by an outbreak of COVID-19 within our football operations,” CFL commissioner Randy Ambrosie said in a statement. “While this policy spells out what will happen if cancellations do occur, its main purpose is to encourage all of our players to get fully vaccinated in order to minimize the risk to our season and, most importantly, their health and safety.”

Under both instances, if a team can prove that 85 per cent or more of its contracted players are vaccinated, at least partially or fully, players will be paid for the forfeited games. Should a team fall below the 85 per-cent threshold, players will not be paid.

As of last Friday's league-wide roster cutdown, 79 per cent of CFL players are partially or fully vaccinated. Three teams have reached the 85 per-cent threshold, while the remaining six sit between 67 and 81 per-cent vaccinated.

The league also announced that there were no positive tests taken between July 15 and last Friday from the approximately 6,000 tests administered to players, coaches and other support staff.

While these results are encouraging, we simply cannot be lulled into a very false sense of security, not when Delta and other variants are making their way through parts of Canada, and they have been attacking unvaccinated people in the US and Canada,” Ambrosie said. "The most important thing everyone can do to protect themselves, and the most important thing our players can do to protect themselves and our season, is to get vaccinated.”

The 2021 CFL season kicks off on Thursday with the Winnipeg Blue Bombers hosting the Hamilton Tiger-Cats.