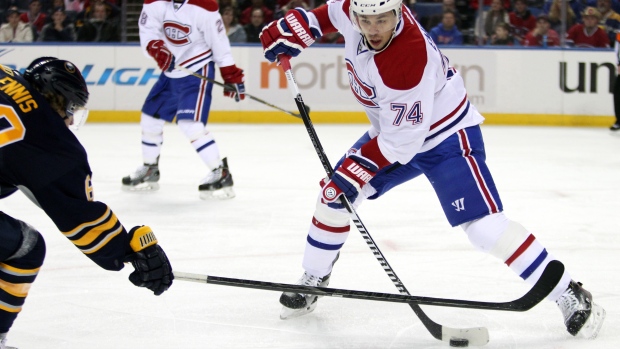 Montreal Canadiens defenceman Alexei Emelin was fined just over $11,000 on Saturday for his hit to the head of former teammate Brian Gionta Friday night’s loss to the Buffalo Sabres.

Emelin hit the former Habs captain at the 18:06 mark of the third period and was sent to the penalty box. The Sabres ended up scoring the game-winning goal on the power play due to a fortunate bounce to Matt Moulson.

The Sabres and Canadiens will play the back end of the home-and-home series tonight in Montreal.

Emelin has six assists over 22 games this season with Montreal.