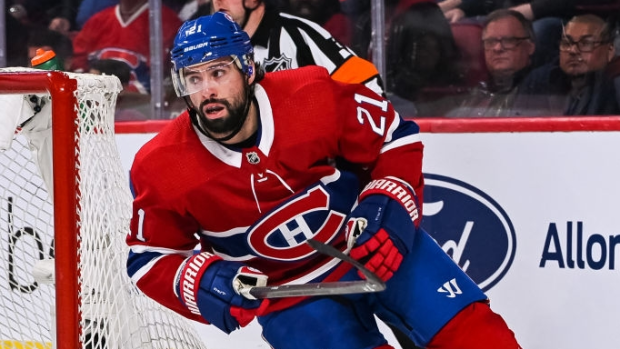 The Montreal Canadiens re-signed Nate Thompson on a one-year, $1 million contract on Thursday.

Thompson was acquired by the Canadiens in February along with a fifth-round pick from the Los Angeles Kings for a fourth-round draft pick. He scored one goal and posted seven points in 25 games upon joining the team.

In 78 games this season with the Canadiens and Kings, Thompson scored five goals and added eight assists.

The Anchorage, Alaska, native entered the league as a sixth-round draft pick of the Boston Bruins in 2003.