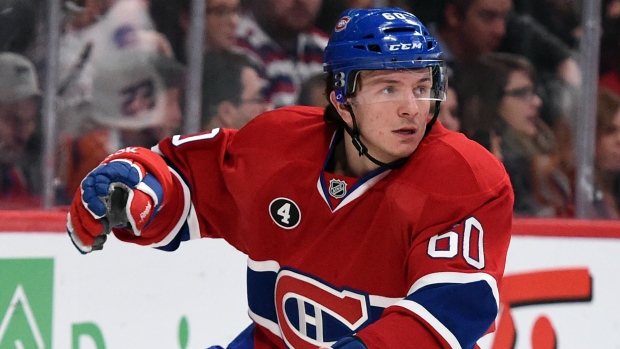 In 164 career AHL regular-season games with the Bulldogs and Connecticut Whale, the Toronto, Ont., native has 79 points (40 goals, 39 assists) and 47 penalty minutes.

Thomas was originally selected by the New York Rangers in the second round (40th overall) of the 2010 NHL draft. He was acquired by the Canadiens from the Rangers in exchange for forward Danny Kristo on July 2, 2013.