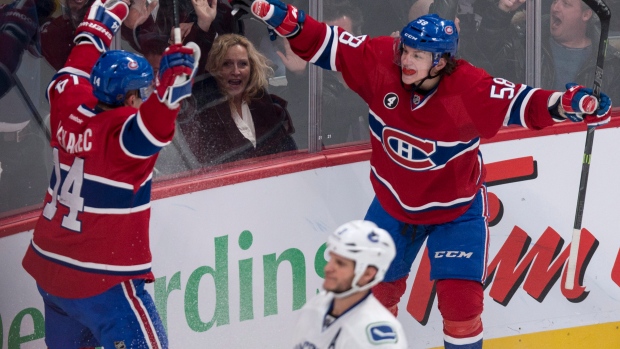 The 23-year-old had seven goals and 17 points in 44 games last season for the Canadiens.

The Canadiens drafted the Swiss native in the third round of the 2013 NHL draft. Andrighetto had 172 points over his junior career with the Rouyn-Noranda Huskies of the Quebec Major Junior Hockey League.