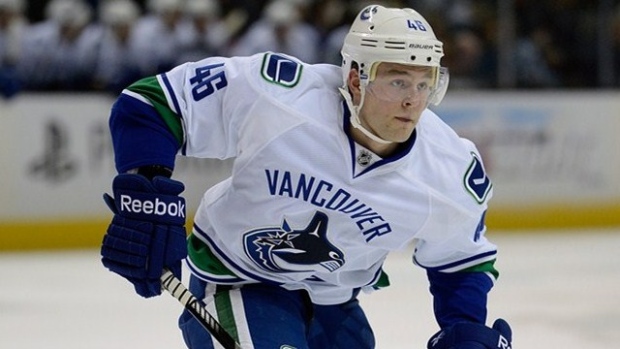 VANCOUVER - The Vancouver Canucks acquired Emerson Etem from the New York Rangers on Friday for fellow winger Nicklas Jensen and a 2017 sixth-round pick.

Etem, 23, played in 19 games with the Rangers this season, registering three assists. New York had assigned him to the AHL on a conditioning stint earlier Friday before the trade was announced.

The native of Long Beach, Calif., has 15 goals and 19 assists in 131 career games with the Rangers and Anaheim Ducks.

Etem, who played for Canucks head coach Willie Desjardins with the WHL's Medicine Hat Tigers, was the 29th overall pick in the 2010 draft.

He was dealt by the Ducks to the Rangers last June in the deal that sent Carl Hagelin to Anaheim.

The 22-year-old Jensen, meanwhile, never lived up to expectations in Vancouver. The 29th overall pick in 2011 has been playing in the AHL this season and has three goals and three assists in 24 career NHL games.