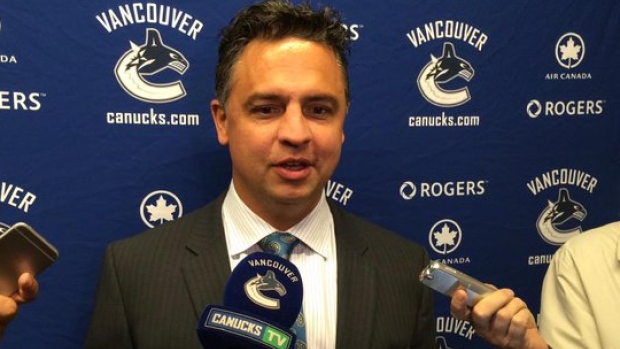 The Vancouver Canucks are finalizing the details of a contract to make Travis Green their new head coach, according to TSN Hockey Insider Bob McKenzie.

The Canucks say they will make a coaching announcement Wednesday at 2pm ET/11am PT.

VAN close to finalizing contract with Travis Green to be new head coach. Assuming no last-minute hiccups, announcement in next day or two.

#Canucks to make coaching announcement Wednesday at 11 am @RogersArena. Press conference will air live on our Facebook page.

The 46-year-old Green has coached Vancouver's AHL affiliate, the Utica Comets, for the past four seasons. He won a Western Hockey League championship as coach of the Portland Winterhawks in 2012-13.

Before coaching, Green spent 16 seasons in the NHL as a forward, amassing 193 goals and 262 assists over 970 games with the New York Islanders, Anaheim Ducks, Arizona Coyotes, Toronto Maple Leafs and Boston Bruins.

If Green gets hired, he'll take over for Willie Desjardins who was fired earlier this month. The 60-year-old Desjardins coached in Vancouver for three seasons, getting as far as the first round of the playoffs during his first campaign as bench boss in 2014-15.