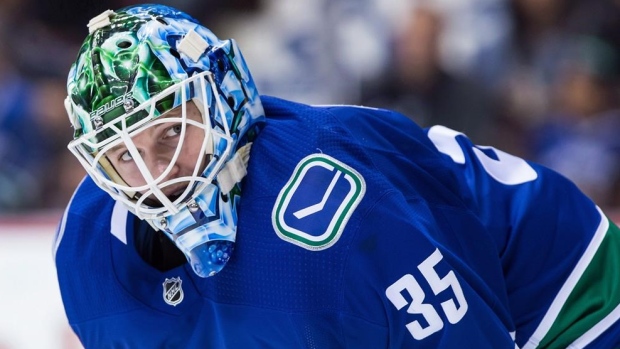 Thatcher Demko is sticking around in Vancouver.

The Canucks announced a two-year extension for the 23-year-old goaltender that carries an average annual value of $1.05 million.

A native of San Diego, Demko appeared in nine games for the Canucks this past season, posting a mark of 4-3-1 with a .913 save percentage and a goals against average of 2.81. Demko became the first goalie in club history to win his first two starts.

Originally taken in the second round of the 2014 NHL Entry Draft, Demko is the Canucks' AHL-affiliate Utica Comets' all-time leader in wins.

Demko will be a part of the United States contingent at next month's IIHF World Championships in Slovakia.