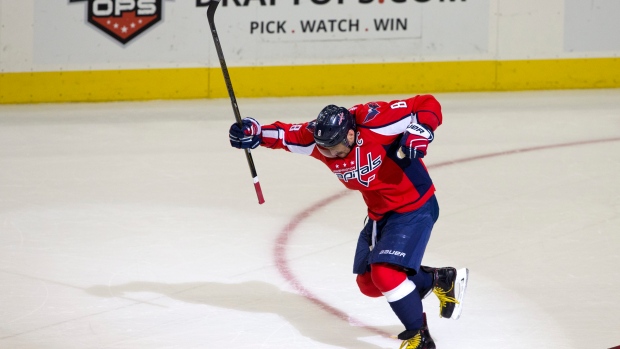 The goal, his 25th of the season, came late in second period while on the power play in Washington's home game against the Ottawa Senators.

The Moscow native is also the NHL's leader in career goals by a Russian-born player, a mark he set on Nov. 19, 2015 against the Dallas Stars.