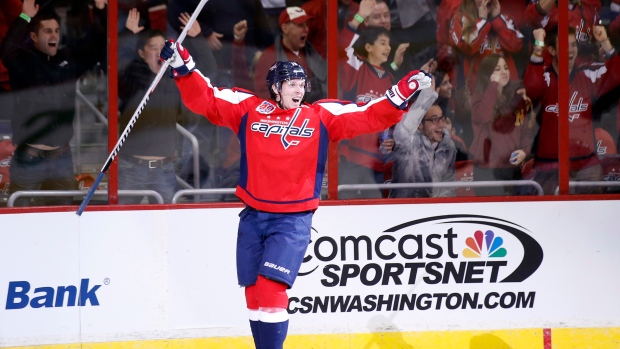 ARLINGTON, Va. - Washington Capitals centre Nicklas Backstrom is expected to miss a handful of games at the start of the NHL season as he works his way back from hip surgery.

Capitals general manager Brian MacLellan said Tuesday that the team originally thought Backstrom, who led the league with 60 assists last season, could miss anywhere from zero to 10 games, but "now it seems to be four or five games."

"There's still uncertainty there," MacLellan said, "but it looks like he's progressing well."

The Capitals open the season at home Saturday night against the New Jersey Devils.

Coach Barry Trotz said he is not entirely sure how much time Backstrom will miss.

Trotz said that Backstrom "probably" will meet with his surgeon in the middle of next week, "and they're really going to assess where he is and that will probably give us a tighter timeframe."

Both MacLellan and Trotz were more optimistic about defenceman Brooks Orpik's availability for the opener. Orpik is recovering from a left wrist injury.

"With no setbacks," Trotz said, "I would expect him to play."