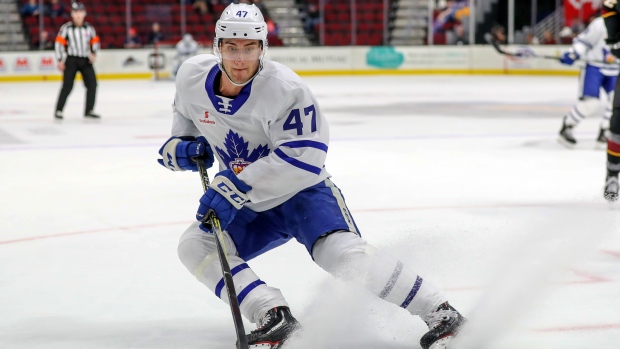 Former Toronto Maple Leafs prospect Jeremy Bracco will spend the season in Finland after being loaned to KalPa by the Carolina Hurricanes on Tuesday, the Finnish club confirmed.

Bracco, 23, cleared waivers earlier this month after signing a one-year, $700,000 deal with the Hurricanes in October. He was placed on unconditional waivers by the Hurricanes later on Tuesday.

A second-round pick in the 2015 NHL Draft, Bracco scored four goals and posted 34 assists in 44 games with the AHL's Toronto Marlies. He scored a career-high 22 goals and posted 79 points in 75 games during the 2019-20 season with the Marlies.

He has never appeared in an NHL game.