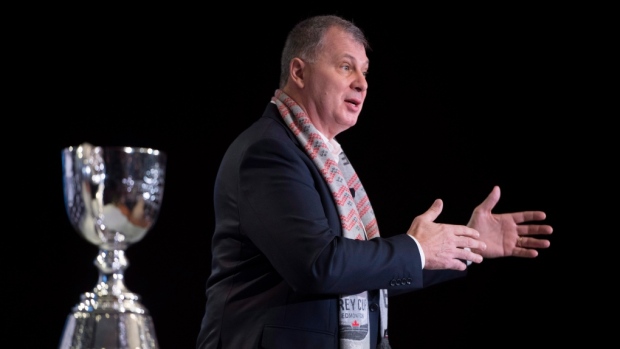 Seven teams continue to battle for the five remaining CFL playoff spots, but looming just off in the distance is yet another round of intense negotiating between the league and its players.

The current collective-bargaining agreement is slated to expire in May 2022. After the CFL cancelled the 2020 season due to the COVID-19 pandemic, the league and CFL Players' Association amended their agreement to allow for a 2021 campaign.

The two sides hammered out the original deal just prior to the start of CFL training camps in May 2019. The agreement came after an intense, sometimes contentious round of negotiations that saw the players vote over 97 per cent in favour of a strike.

Four years earlier, contract talks between the CFL and CFLPA were also testy. Negotiations broke down several times and there was even a threat of a strike before players ultimately reported to camp and both sides hammered out a five-year agreement.

"It's action packed," said John Bowman, the former Montreal Alouettes defensive lineman who's also a first vice-president with the CFL Players' Association. "Being in those rooms, I've learned a lot.

"I've had to fight back a lot of words in those rooms but at the end of the day, when you're talking to people who own something, of course they want the most money. But what we're talking about as players is we just want to be treated fairly."

CFL players have gone on strike just once, in 1974, but the situation was settled prior to the start of the regular season.

Bowman addressed the impending CFL/CFLPA contract talks during a video conference Thursday held to discuss his being honoured Saturday by the Montreal Alouettes. Bowman spent his entire 14-year career with Montreal before deciding to retire prior to the 2021 season.

Not playing football in 2020 came at a significant cost to the CFL. A source has repeatedly told The Canadian Press the league lost between $60 million and $80 million last year by not staging games.

The source requested anonymity because the CFL has never publicly divulged its 2020 losses. But in May 2020, CFL commissioner Randy Ambrose told a House of Commons standing committee on finance that as a league the CFL lost about $20 million the year before.

And although the league returned this year, teams are playing a shortened schedule — 14 regular-season games instead of the usual 18. That translates into just seven homes games (down from nine normally) and a 22 per cent reduction in potential gate revenues.

That's not good news for a gate-driven league like the CFL. And what's more, it's only until recently that all nine teams have been allowed to play home games in full-capacity stadiums.

"This year, 2021, we knew as a union and as a league it was going to be tough," Bowman said. "Just because the priority where people had to put their money at coming off a year where many Canadians were out of work and living off wage subsidies and stuff like that.

"In that same breath, I want to thank the people who've been coming because it takes a lot to spend that, whether you buy $25 tickets or $100 tickets. I want to show appreciation to the fans who're coming. To the ones who want to come but can't afford it, thank you."

The resumption of CBA talks will be nothing new for both the CFL and CFLPA. Less than a year after agreeing on a three-year agreement, the two sides were back at it discussing amendments for an shortened 2020 season before those plans were shelved.

And before the 14-game 2021 season could kick off in August, the league and players had to negotiate amendments to the CBA.

"It's definitely not the healthiest way to operate a business," Bowman said." Until as a union we feel like we can fully trust (CFL), then that's when you lock it in for five, 10 years, kind of what the NFL and NBA are doing."

This report by The Canadian Press was first published Oct. 28, 2021.