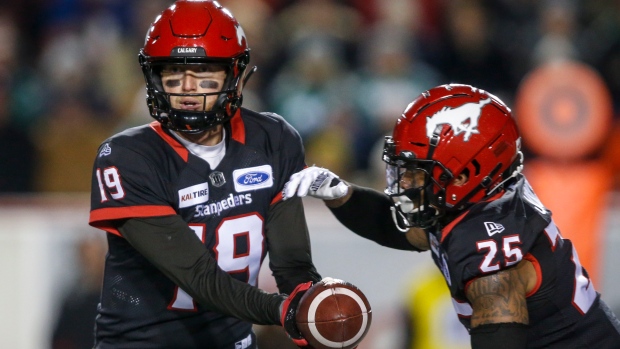 After an almost two-year delay, the Canadian Football League is just two days away from kicking off again and TSN has a full slate of content Tuesday to get you ready.

Calgary Stampeders quarterback Bo Levi Mitchell will be looking to hold the top spot after being voted No. 1 by a panel of media members across the league as well as our CFL on TSN commentators in 2019.

Winnipeg Blue Bombers linebacker Adam Bighill will be looking to hold the title of highest-ranked defensive player after coming in at No. 3 in 2019.

The CFL on TSN panel gives you the inside information on who to pick to grab a spot atop the standings this year.

Haven't signed up for CFL Fantasy Football yet? Now's the perfect time to do so with ahead of the August 4 Early Bird deadline for a chance to win $1,000 cash.

The grand prize of a VIP Grey Cup package includes:

Thursday's kickoff between the Winnipeg Blue Bombers and Hamilton Tiger-Cats will mark 620 days since the two teams met in the 107th Grey Cup on Nov. 24, 2019, in Calgary.

The CFL on TSN panel will check in with reporters in each city to break down what's changed - and hasn't - for each club as they look to find the 2021 Grey Cup favourite.

Which CFL team has improved the most since we last saw them on the field?

Does the recent news that the Bombers are allowed 100% fan capacity for their home opener affect the rest of the league? Which CFL team has improved the most since we last saw them on the field in 2019? How will the Riders handle the influx of injuries on defence? Farhan Lalji joins Jay Onrait to answer these questions and more.