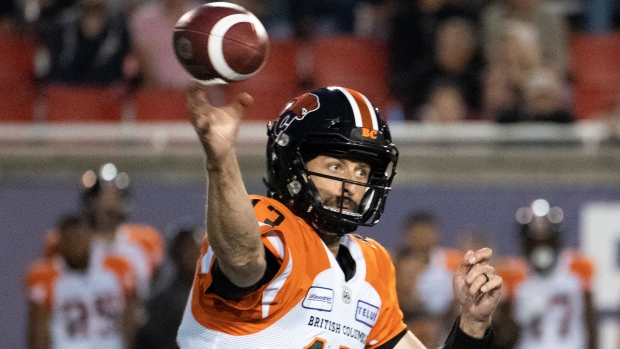 Back before the 2019 Canadian Football League season began, there was a great sense of anticipation around the B.C. Lions.

They’d just landed the league’s marquee player in quarterback Michael Reilly via free agency from Edmonton, a coup for Lions general manager Ed Hervey, who years earlier had pried Reilly away from B.C. when he was the GM in Edmonton.

Reilly had no beef with Edmonton, but Hervey’s rift with his former team was well known, raising the stakes of Reilly’s departure to the West Coast.

Hervey had just hired his first head coach for the Lions, landing former Calgary defensive coordinator DeVone Claybrooks, a larger-than-life character who’d coached a larger-than-life defence for the Stamps, putting him near the top of every prospective team’s interview list.

And while the glow of a Wally Buono send-off from the previous season still resonated, everyone understood a new era was beginning and that it was important to get things started on the right foot.

Furthermore, the Lions needed a boost in the marketplace under the conservative ownership of David Braley. A winning team, with Reilly as its star, was essential.

Unfortunately, nothing went as planned. Instead, things fell apart right out of the gate.

B.C. opened the season 1-11, with Reilly being thrown around like a rag doll, week after week. That inability to protect the quarterback led to the mid-season firing of offensive line coach Bryan Chui, who was replaced by Kelly Bates. By then, however, the season was lost. B.C. limped to a 5-13 season that ended with Reilly on the shelf and three losses to his former team by a combined score of 91-35.

B.C. cut its sacks allowed during the second half of the season but still lead the league with 58, more than twice as many as the team Reilly had left in Edmonton.

More damning than their 5-13 record is the fact that B.C. went 0-10 against West Division opponents.

Rarely has a team come out so flat amid such expectations.

This season the expectations may have changed, but so too should the results.

What They’ve Been Doing Since We last Saw Them

The disastrous 2019 season resulted in a house-cleaning off the field, with Claybrooks and most of his staff dismissed as soon as the season ended. His departure was followed by the abrupt exit of Hervey this past winter, amid circumstances that are not altogether clear.

Hervey was replaced by the duo of director of football operations Neil McEvoy new head coach Rick Campbell, who are sharing GM duties this season.

The Lions signed former Hamilton tackle Ryker Mathews who, along with Joel Figueroa, gives B.C. two solid import bookends on the offensive line where they are expected to play Canadians in the interior.

B.C. has added former Stamp Chris Casher and former Redblack J.R. Tavai in rebuilding a defensive line that has a lot to prove this season.

Veteran Bo Lokombo and 2020 first-overall pick Jordan Williams will lead what could be an all-Canadian linebacker group, playing in front of an experienced secondary that should be a strength.

The No. 2 quarterback job is between former Redblack Will Arndt, ex-Michigan quarterback Shea Patterson and Oakville, Ont. native Nathan Rourke, coming off his outstanding college career at the University of Ohio.

But the biggest change with the Lions since they last played a game is the passing of long-time owner Braley.

The Burlington, Ont. businessman saved the team from extinction in 1997 and enjoyed both good and lean times as owner. Never a visionary, Braley always made sure the bills were paid and the football people had what the needed.

With his passing comes the mystery of who will be the next owner of the Lions. It’s believed several groups are interested in the team and there are hopes that a sale to a new owner can be completed before season’s end.

That new owner will have to be prepared to lose money, as Lions attendance has fallen off in recent seasons and the team is struggling to maintain its market presence.

All of which means there’s a lot more to be determined about this team that just how they’ll fare on the field this season.