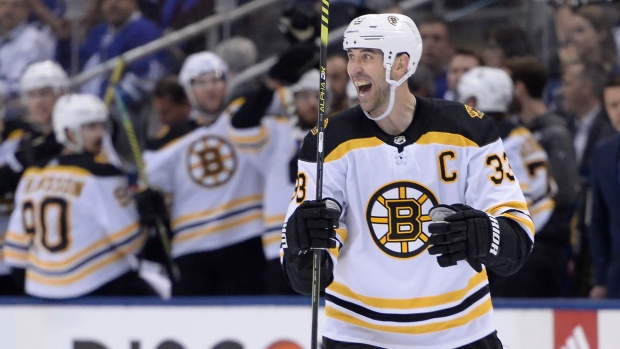 BOSTON — Three days after he had to miss Game 4 of the Eastern Conference final because of an undisclosed injury, Boston Bruins captain Zdeno Chara skated before practice on Sunday.

The Bruins defeated the Carolina Hurricanes 4-0 to complete a sweep without Chara. They advanced to the Stanley Cup Final, which won't start until May 27, to face either the San Jose Sharks or the St. Louis Blues, who are playing in the Western Conference final.

About 30 minutes before the Bruins held their first practice since winning the Eastern Conference title, Chara skated with fellow injured defenceman Steven Kampfer and Bruins skills coach Kim Brandvold. Chara did not participate in the full practice.

Centre David Krejci did not practice because of a "maintenance day", but is expected to rejoin the team for their next practice.