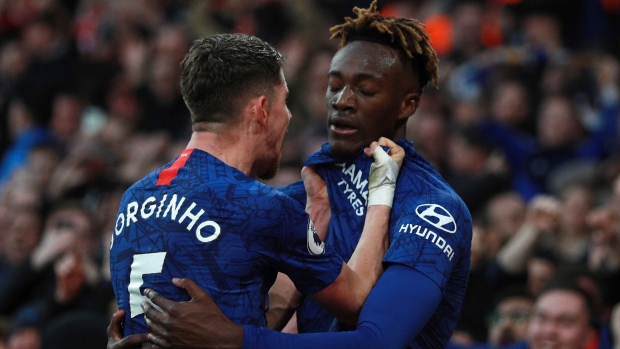 LONDON — Chelsea scored twice in four minutes to come from behind and beat Arsenal 2-1 in the Premier League on Sunday, ruining Mikel Arteta's first home match in charge of the north London club.

Jorginho had been fortunate to still be on the pitch after avoiding a second yellow card for pulling down Matteo Guendouzi.

The winner came after Chelsea launched a counterattack from the edge of its own penalty area, with Tammy Abraham then allowed to race through unchallenged and playing a one-two with Willian before putting the ball through Leno's legs from close range.

It leaves Arteta with a point from his first two games since being hired as Unai Emery's full-time successor.

While Arsenal is 12th in the standings, Chelsea is 11 points ahead in the fourth Champions League place after Frank Lampard's side quickly recovered from a home loss to Southampton.