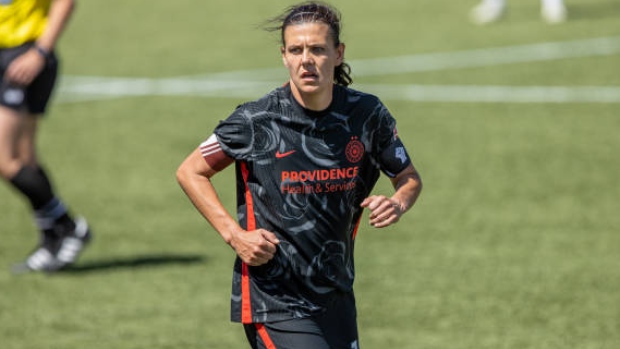 THE Christine Sinclair has signed a contract extension through 2022, with an option for the 2023 season.

The deal also has a option for the 2023 campaign.

“We are excited to re-sign Christine so that she can continue her career as a Thorn. She’s always been a Thorn, and she’s made it clear that she always wants to be a Thorn,” said Thorns FC general manager Karina LeBlanc in a statement. “What she has done for this team as a leader, for this organization and this community has been massive. She is a great human and the epitome of what a Thorns player should be.”

The 38-year-old Sinclair, who helped Canada capture gold at the Olympics this summer, has spent the last nine years in Portland, scoring 54 goals in 143 games, which are both club records.

Sinclair has also led the team to two NWSL Championships in 2013 and 2017.

“Sinclair is a player who has proudly represented the Thorns organization since day one of the NWSL,” said Thorns FC head coach Rhian Wilkinson. “Her ability to maintain the very top professional standard for as long as she has, her understanding of the game, her finishing ability, and her leadership make her a player we could not be prouder to have represent us.”