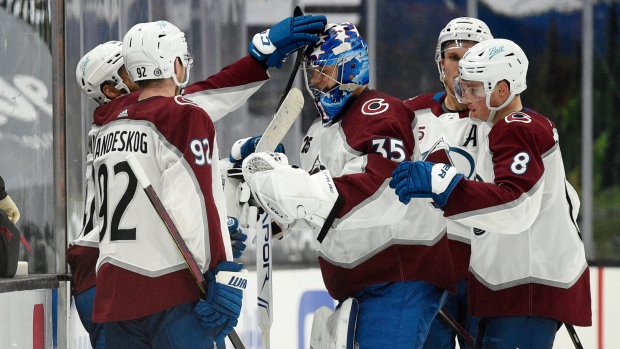 Johansson, 26, posted a 3.73 goals-against average and .885 save percentage in nine games this season. The Swedish netminder last appeared for the Avalanche on Dec. 8 against the New York Rangers.

The Avalanche called up Pavel Francouz who will serve as the backup to Darcy Kuemper for Sunday's game against the Florida Panthers.