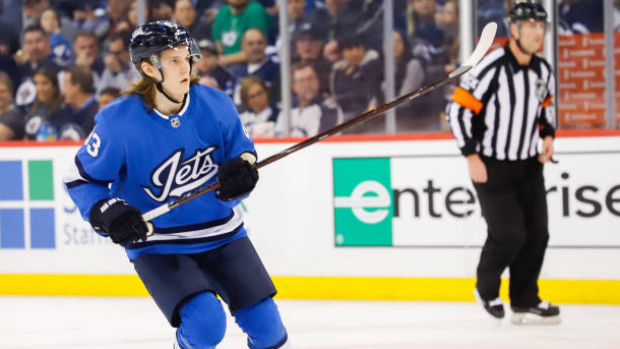 Winnipeg Jets defenceman Sami Niku admitted in a Finnish interview that he's been frustrated by playing this season in the AHL, with Carl-Magnus of YLE reporting the 23-year-old had set a December deadline to be called up or request a trade before an injury changed his plans.

Niku was recalled from the Manitoba Moose last week and played in his second game of the season - first since Oct. 8 - on Monday night. Ahead of the game, Jets head coach Paul Maurice denied any rift between Niku and the organization.

"Here's what happened to Sami Niku. He got into a car accident two days into training camp, and then he pulled his groin and he was out for a month-and-a-half and it turned out the Winnipeg Jets were winning an awful lot of hockey games," Maurice said. "Then he got a real tough injury that he couldn't skate on so he was out another month-and-a-half and we waited for him to get healthy.

"He played a couple of games in the minors and then he's back up here. That's what's going on with Sami. There's no controversy with him. He’s a good young player that, like all of them, think they should be in the NHL at 14… he’s going to be a good NHL player for the Winnipeg Jets for a long time. I like the guy.”

Niku, however, admitted Monday to an incident with Jets assistant coach Charlie Huddy before he was sent down in October. Maurice, though, downplayed that event too.

Niku, who has two goals and five points in 33 career games with the Jets, has a KHL opt-out in his contract, but said he's not interested in exercising it. He added to YLE that he intends to finish the season with the Jets before weighing his options.

"I'll play this season at the end and then we'll see if I have a future here," Niku said via a translation.

Against the Canadiens on Monday, Niku played 13:21 of ice time and told Finland's Ilta-Sanomat post-game that he'd like to play more.

"I never really got into a good rhythm. After all, it's not that easy with just playing every fourth or fifth shift," Niku said via translation. "I'm not frustrated now to play but I'm not insanely happy. I'm hungry. If you got a good rhythm, then it would probably be nice to play," he added.

Niku, a seventh-round pick of the Jets in 2015. will become a restricted free agent in July and is currently playing the final season of his three-year entry-level contract.

With winger Jake Guentzel will likely miss the remainder of the season due to a should shoulder injury and Pittsburgh Penguins general manager Jim Rutherford told Seth Rorabaugh of the Pittsburgh Tribune-Review that he's surveying the market for forward help.

Rutherford said Monday, however, he hasn't been impressed with any early offers from teams, but intends to stay patient in his search.

“I get the standard calls,” Rutherford said. “But some of the calls I’ve gotten the last week are just to give us depth forwards. It’s not to give us a top-six forward. That comes with time.”

Guentzel is the team's leading scorer this season with 20 goals and 43 points in 39 games prior to the injury. He spent the season at left wing, but Rutherford said he isn't focused on trying to replace Guentzel with another left-hand shot.

“It’s more about getting a winger because we have the good fortune (that) our wingers can play both sides,” Rutherford said. “If a better right winger comes along than a left winger that makes sense in a deal, I don’t feel the pressure that we have to have a left-hand shot.” 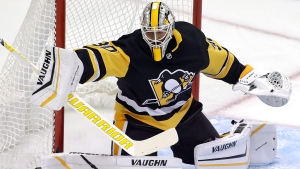 Rutherford also addressed speculation surrounding the future of goaltender Matt Murray, who has only started four games since the start of December with Tristan Jarry taking over the top spot. Rutherford said the change in net has not been a surprise to the organization and he expects Murray to find his stride in the second-half.

“We had a good sense with his development, where he was, what he was capable of doing,” Rutherford said. “I don’t think anybody had projected the first half that he’s had. Certainly, playing a number of games and playing well is what we expected. And over the last year or so, Matt’s first half hasn’t been as good as his second half. Really, what’s played out here is a little bit of a surprise but not totally surprising. We’re fortunate to have two good young goalies with a good one in the minors (with Casey DeSmith).”

Three in the Crease

Larry Brooks of the New York Post reports the recall may been the result of the team not wanting to see Shesterkin exercise a European assignment clause, but that remains unclear. He adds that there does not appear to be a trade in the works involving Alexandar Georgiev and Henrik Lundqvist is not expected to waive his no-trade clause. 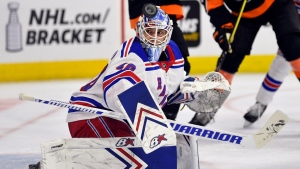 Brooks adds that Georgiev, who becomes a restricted free agent this summer, had his waivers-exempt status expire on Dec. 20. The 23-year-old has a 10-9-1 record this season with a .909 save percentage and a 3.17 goals-against average.

Lundqvist remains signed at an $8.5 million cap hit through the 2020-21 season. He has a 9-9-3 record with a .910 save percentage and 3.10 GAA. The 37-year-old suggested Monday that Shesterkin's recall was contract based, though head coach David Quinn called it "a natural progression."

“The day-to-day approach for me doesn’t change,” Lundqvist said. “The big change, I’m going to say, was really two years ago when we decided as an organization to restart everything. It’s not the past week, yesterday or today, I just have to focus on my game, prepare and be ready when I play, but now it’s an opportunity for Igor. I can’t look too far ahead.

“Having Igor in Hartford, and his situation with his deal and everything, you’re aware of the big picture for sure. But when and if and how, and all that, you can’t get too involved with that.”

Shesterkin, who will make his first career NHL start against the Colorado Avalanche on Tuesday, has a 15-4-3 record in the AHL this season with a .932 save percentage and a 1.93 GAA.

The Rangers (19-18-4) are seven points back of the Florida Panthers for the final wild-card spot in the Eastern Conference.