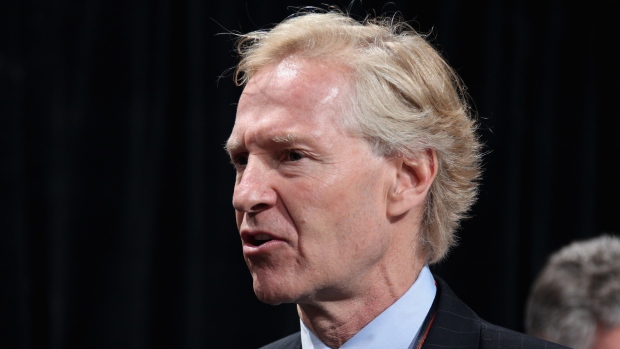 The Arizona Coyotes might make a splash at the NHL Draft later this month.

Speaking at the Coyotes 'State of the Union' press conference Tuesday, general manager Don Maloney revealed three teams have already called about their third overall pick in the upcoming draft and said they are "open for business."

When asked what it might take for the Coyotes to give up their first round pick, Maloney said "first born."

Arizona finished last in the Western Conference this past season and were given the third pick in the Draft Lottery behind the Edmonton Oilers and Buffalo Sabres.