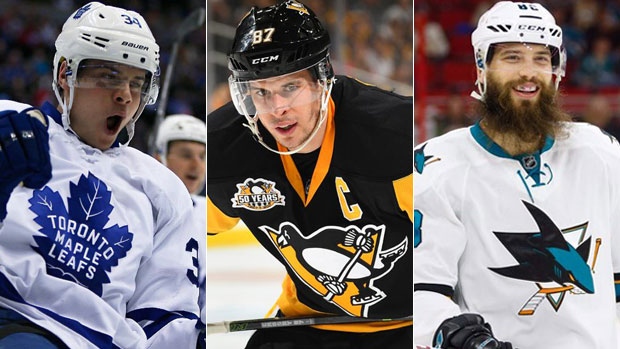 If you put any value on the opinions and/or prognostication skills of NHL head coaches, bet Washington or Pittsburgh to win the Stanley Cup this season.

That was one of a number of intriguing results from TSN's annual Mid-Season NHL Coaches' Poll, conducted over the last 48 hours and featuring responses from 25 of the league's 30 head coaches.

Among other things, the coaches were asked to forecast the Eastern and Western Conference champions and which team would win the Cup.

Washington led the way, with 15 coaches having them in the final and 10 projecting them as Cup champs.

Pittsburgh was the next most popular Cup champion pick – eight coaches had the defending champions as repeating – but not one coach had the Pens going to the final and losing.

No other team in the East got a single vote to win the Conference or the Cup.

In the West, Minnesota got three votes as a Cup winner and Chicago got two.

Minnesota was, far and away, the most popular choice to win the West, garnering 11 votes. Chicago and San Jose got four votes apiece, with Anaheim (three) and Nashville (one) rounding it out.

Two of the 25 coaches who responded abstained from the Cup forecasting question(s).

The coaches were also asked to pick the best players in a variety of categories. They were not permitted to vote for players on their own teams. The questions and results are as follows:

1. Who's the best player in the NHL this season? (Note, coaches were asked not to judge which player is most valuable to his team, just name the player at any position who has played the best this season.)

And the winner is...Sidney Crosby.

The only other two players to get a vote were both Washington Capitals: winger Alexander Ovechkin and centre Nicklas Backstrom.

Who's The Best Player?

2. Who's the best defenceman this season?

And the winner is...Brent Burns.

It was pretty much a landslide win for the San Jose Sharks' bearded blueliner, who's been dominant this season.

The only other defenceman to get multiple votes was Montreal's Shea Weber (three). Ottawa's Erik Karlsson, Tampa's Victor Hedman and Minnesota's Ryan Suter got one vote apiece.

Who's The Best Defenceman?

3. Who's the best goalie this season?

And the winner is...Sergei Bobrovsky.

The Columbus Blue Jacket netminder had 14 votes compared to runner-up Devan Dubnyk of the Minnesota Wild, who had seven.

Montreal's Carey Price and Washington's Braden Holtby were the only other goalies to get votes. They had two apiece.

Who's the best goalie?

4. Who's the best rookie this season?

And the winner is...Auston Matthews.

The Toronto Maple Leaf centre dominated in the same fashion as Burns did in defenceman voting. Matthews received 20 votes compared to four for Winnipeg's Patrik Laine.

The only other rookie to get a vote was Columbus blueliner Zach Werenski (one).

Who's the best rookie?

5. Who's the Coach of the Year this season?

And the winner is...John Tortorella.

Torts went from being the media's odds-on favourite in October to be first NHL coach fired to being No. 1 on 15 of his peers' ballot for mid-season Coach of the Year.

Columbus was also the only team to produce two individual winners in the TSN coaches' poll.

Minnesota's Bruce Boudreau, with six votes, was the only other coach to get multiple votes.

Who's the best coach?