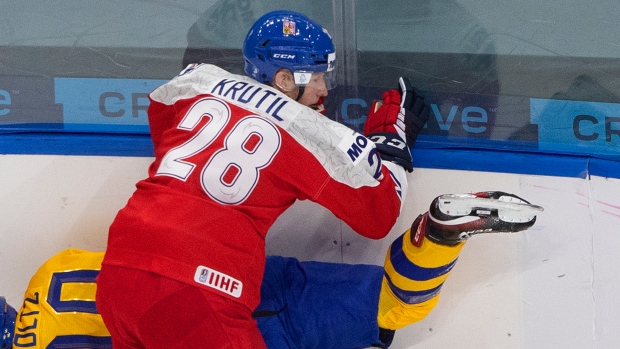 The incident occurred in the third period of Team USA’s 7-0 victory over Czech Republic on Tuesday. In attempting to stop Kaliyev from receiving a pass in front of the net in the offensive zone, Krutil tried to control the stick of his opponent, but also slid his skate under the American’s skate, causing him to lose his balance.

The 18-year-old is ineligible to play in the Czech Republic’s final round robin round game on Thursday against Austria.