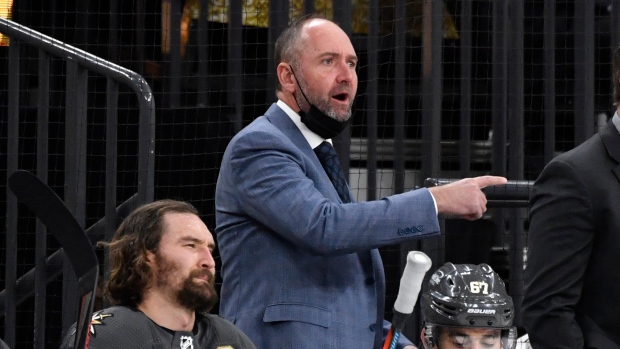 The Dallas Stars are working to a complete a four-year contract with Peter DeBoer to see the 54-year-old become their next head coach.

TSN Hockey Insider Pierre LeBrun reports the deal, which is not yet signed, is expected to be worth more than $4 million per season.

Dallas Stars and Peter DeBoer working away on a four-year deal worth north of $4 million a season, sources say. Still not signed but that's where it's headed once finalized.@TSNHockey @TheAthletic

DeBoer was fired by the Vegas Golden Knights last month after the team failed to make the playoffs for the first time in franchise history, finishing with a 43-31-8 record.

DeBoer has coached 1,015 NHL games and has a 513-379-123 record split between the Florida Panthers, New Jersey Devils, San Jose Sharks and Golden Knights. He also coached the Ontario Hockey League’s Kitchener Rangers to a Memorial Cup championship in 2003.

Rick Bowness stepped down as head coach of the Stars in May shortly after the team lost in Game 7 of their first-round series against the Calgary Flames. Dallas finished the regular season with a 46-30-6 record, returning the playoffs after missing the postseason in 2021, one year after reaching the 2020 Stanley Cup Final.