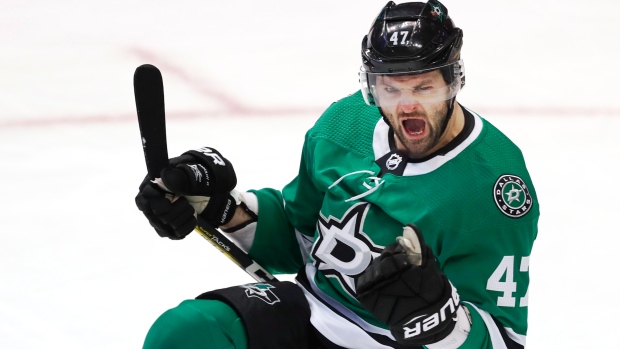 The Dallas Stars have placed forward Alexander Radulov on the injured reserve and have called up forward Jason Robertson from the AHL's Texas Stars.

NEWS: Forward Jason Robertson has been recalled from the @TexasStars.

In addition, the club has placed forward Alexander Radulov on IR.#GoStars pic.twitter.com/kdHfDDAplD

Radulov, 33, missed Saturday's game against the St. Louis Blues with an upper-body injury but played against the Carolina Hurricanes on Tuesday.

Robertson, 20, has 20 goals and 35 with the AHL's Stars this season, his first year playing professional hockey. He was drafted in the second round (39th overall) by Dallas at the 2017 NHL Draft.