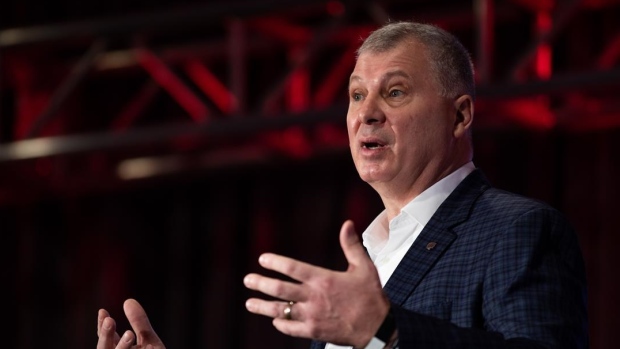 Canadian Football League commissioner Randy Ambrosie delivered a strong message on Tuesday, the same day the league made its latest – and what it insists will be its last – proposal to the CFL Players’ Association for a new collective agreement.

Ambrosie wanted the players to know that they have the league’s final offer. Should the players reject it and force the league to cancel this weekend’s preseason games, neither the offer nor the bargaining tactics will get any friendlier from here.

The league was left scrambling Monday night when the players voted down the deal that had been negotiated by their bargaining committee and recommended by their player reps after a tentative agreement ended a four-day strike on May 18.

Overnight it seemed, the CFLPA had gone from one of the most passive unions in sports to its most militant.

The league responded in good faith, delivering a new proposal Tuesday morning that Ambrosie maintains addresses the two key issues highlighted by the union after its membership rejected the deal.

One is the lack of a ratification bonus, something the league had provided in the past. The other is the cumbersome and controversial Canadian ratio, which saw teams able to replace Canadians with Americans in many instances in every game.

The league is selling that the actual reduction in the 2028 cap could be zero if the revenue-sharing formula works like they believe it will, but forecasts about what CFL economics will look like in 2028 are, at best, a good guess.

The deal essentially borrows some money from the future and moves it to the present, which matters in football because not many of today’s players are going to have to worry about the cap in 2028.

On the issue of the ratio, the league reverted to a formula that was part of a proposal rejected by the players on March 14.

In that proposal, the league called for the ratio of seven starting Canadians to be changed to six true Canadians, and one nationalized American, that being a veteran player who has played three years with the same team or five in the league.

When the tentative agreement was reached four days later, the ratio had been changed to seven starting Canadians, three of whom could be replaced by a nationalized American for up to 49 per cent of their snaps.

Besides being cumbersome to process, the formula actually provided less guaranteed playing time for Canadians than the deal the union had walked away from four days earlier. That was curious, because the union is usually loath to give up ground on the Canadian ratio.

In its offer presented on Tuesday, the league has gone back to its original proposal of six and one. But the question remains: Will the players will support a deal that reduces the number of Canadian starters from seven to six?

“We want to reward the contributions of our American players,” said Ambrosie. “This strikes a balance with the nationalized American for roster flexibility and makes sure our great Canadian players get on the field.”

There was another part of Ambrosie’s message that was a little more ominous.

The commissioner wanted to be clear that the league’s new offer was as far as it is willing to go. In fact, without a deal by midnight Thursday two things will immediately happen: the league will pull its offer from the table and cancel the four preseason games scheduled for Friday and Saturday.

“We have to have a footing here,” said Ambrosie. “We have to keep both sides accountable.”

The cancelation of this weekend’s games would, in all probability, result in another strike or a lockout, with the teams refusing to continue housing and feeding the players as they have since May 14.

How much that factors into the players’ decision on whether to support the current proposal is impossible to say. But it must be a consideration.

Up until now, the players have been able to force the league’s hand without suffering any major inconvenience. But that ends Thursday at midnight.

By then the players will have chosen between two very divergent paths, to either put the 2022 season back on the rails, or sail into the unknown.