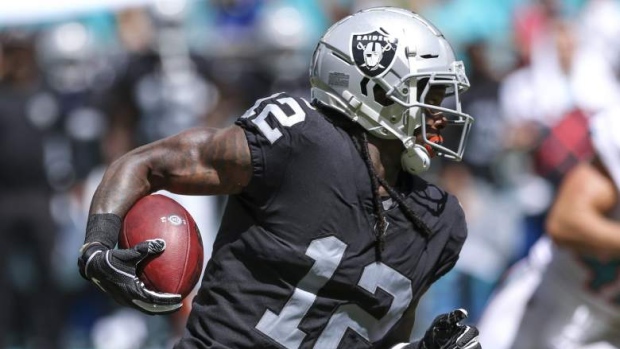 The Toronto Argonauts have won the CFL off-season when it comes to making headline-grabbing moves, particularly when it comes to landing talent once highly sought after in the National Football League.

It’s a playbook that’s been used over the years to varying degrees of success in the CFL, and it comes with rather obvious pluses and minuses.

On the up side, a player once highly coveted in the NFL should have all the tools to make an impact in the CFL, given the level of scrutiny players face as they enter that league.

The down side is that those players couldn’t stick in the NFL despite having those tools, which raises the question of why. It also leads one to wonder whether the answer to that question – be it injuries, lack of performance or off-field problems – will follow them to Canada.

Historically, the Argonauts have tried this NFL-centred approach more often than any team in the CFL, no doubt partly driven by the perceived need to make a splash in a competitive market and perhaps partly because ex-NFL players are more intrigued by the idea of coming to Toronto than some other CFL destinations.

Sometimes it’s worked, but most times it hasn’t.

One of those times it did work was in 2004, when Michael “Pinball” Clemons led the Argonauts to a Grey Cup win as head coach with a roster that included four former first-round NFL draft picks in John Avery, R. Jay Soward, Bernard Williams and Andre Rison, former third-round pick Jonathan Brown, and NFL veteran Robert Baker.

Clemons has long championed second chances, and his role in football has allowed him to grant them. In the case of those 2004 Argos, he made it work.

Could someone else have won with that same group of players? It’s a fair question to ask, given Clemons’ unique ability to draw the best out of people. It’s part of what made him a very good head coach and why he was perhaps able to get more out of a group of ex-NFL players than any other coach in CFL history.

Now he’s running the Argos as general manager, overseeing vice-president of player personnel John Murphy, someone who’s never been shy about trying to land big-name talent. (Murphy once landed former NFL cornerback Adam “Pacman” Jones in Winnipeg before it became clear Jones thought he could get out of his CFL contract at a moment’s notice.)

All of which helps explain why the Argo roster currently includes players such as Shane Ray, a defensive lineman who was the 23rd overall pick of the 2015 NFL Draft by Denver, former Tennessee first-round receiver Kendall Wright, plus veteran NFL receiver Martavis Bryant, and defensive linemen Eli Harold and Kony Ealy, the latter having once had three sacks in a Super Bowl.

But the Argonauts are swimming upstream with this approach.

The best CFL players aren’t guys who’ve used up their welcome in the NFL. They are players the NFL missed, or players with NFL-level talent whose physical skills are a better match for the Canadian game.

Find a list of the top CFL players of the past 50 years and try to find the NFL veterans among them. There aren’t many, Doug Flutie aside (and Flutie is the exception to dozens of rules in pro football).

Beyond him the best might be former Buffalo Bills first-rounder Perry Tuttle, who went on to Winnipeg for six seasons, caught 321 passes, scored 41 touchdowns and helped the Blue Bombers win a Grey Cup in 1990.

Far more common is the story of the ex-NFL player who comes to Canada and is either a flop or has minimal impact. The most recent example is former Heisman Trophy winner and NFL first-round pick Johnny Manziel, a player whose skills seemed perfectly suited for the Canadian Football League, but whose demons were not.

Trent Richardson, a former Alabama star running back who was drafted third overall by Cleveland in 2012, was in the CFL as recently as 2017. Marc Gastineau, Ricky Williams, Odessa Turner, Timm Rosenbach, Josh Freeman, Dexter Manley and Cleo Lemon are all on the list of former NFL players who had minimal or no success in the CFL.

Others, like the late Lawrence Phillips, a former first-round running back for the St. Louis Rams, were useful on the field and a headache off of it, which is why he lasted less than two seasons in Canada.

Why is it that former NFL players have had such a rough go in Canada? Why does it almost always seem as though the more time a player has spent in the National Football League, the less likely he is to succeed in Canada?

Here are a couple of theories.

One is that given the amount of money that’s been invested in these players in the NFL, teams wouldn’t be turning their backs on them without there being a good reason.

The other is that players who’ve made NFL money and played before huge crowds and television audiences simply aren’t motivated enough when they get to the CFL. That often means they’ve underestimated the CFL’s talent level and simply aren’t prepared to match it.
The best CFL players are traditionally those given little or no opportunity in the NFL; players who arrive with a chip on their shoulder for not having been provided an opportunity to perform at the NFL level. The CFL becomes their second chance at a professional life and an alternative way to live out a version of their dreams.

Maybe this Argos group can make the NFL strategy work again. Maybe the raw talent of these players will shine through and excel in the Canadian game through Clemons’ organizational leadership and mentoring, just as it did 17 seasons ago.

Just know that if that happens, you’ll be witnessing the exception, not the rule.