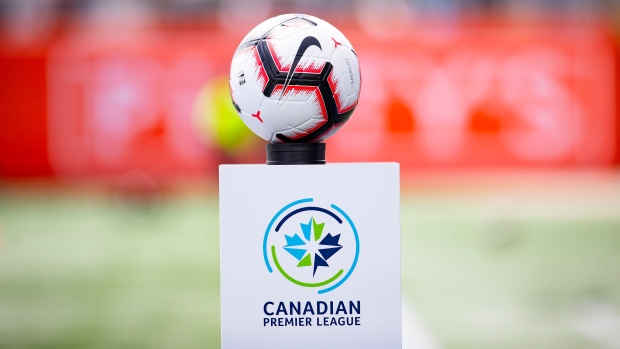 A former sprinter, Fernando Lopez is no stranger to moving fast.

But the international expansion manager for Atletico Madrid knows he has to go a long way in a very short time in building expansion Atletico Ottawa ahead of the mid-April start of the Canadian Premier League.

Unveiled Feb. 11, Atletico Ottawa is slated to open training camp in Madrid in the first or second week of March. As of now, the team has a coach and stadium but has yet to announce a player signing.

Atletico already runs or owns teams in China, France, India, Israel and Mexico, which the 33-year-old Lopez has spent the last year overseeing. All but the Mexican team — Atletico San Luis — were already in existence when Atletico Madrid took over.

"It is true that we have done this before but we are a little bit stressed because (CPL) competition will start very soon," said Lopez, a former Spanish 200-metre indoor sprint champion. "And we have a little bit of a lack of knowledge about the competition, other teams having been here for one season. They already have all their players, they know the country, they know the distances, they have the expertise.

"Yes football is the same everywhere but we need to be flexible, to know the culture, to adapt to the country. This is going to take some time for us."

Atletico Ottawa has local expertise in the form of Jeff Hunt, a partner with Ottawa Sports and Entertainment Group which owns the CFL's Ottawa Redblacks and OHL's Ottawa 67’s and manages TD Place.

"He has been very helpful from the beginning," Lopez said. "I think he's going to be key to this project for Atletico."

The CPL is also doing its bit to assist.

"We have been fully supported from the very first day by the CPL," Lopez said. "Since we launched the club and the agreement, everyone was aware that we're going to suffer and that we haven't enough time to build the team, to create the logo, to create the business operational team, find the offices, apartments for the players, cars everything."

The CPL has a scouting department that looks for both domestic and international talent. Atletico also has its own player database.

"It is true we have a strong scouting department in Madrid that has been reviewing all the players provided by the league," Lopez said.

With a well-stocked academy, Atletico Madrid has plenty of talent at its disposal. But CPL roster rules require a significant Canadian presence.

Rosters range from 20 to 23 with at least half being Canadian and a limit of seven international players. At least three of the domestic players must be under 21 and they have to play a minimum of 1,000 minutes per season.

The rest of the roster can be filled by domestic players, including U-Sports draft picks.

Lopez expects to make player announcements in the next two weeks in conjunction with coach Miguel Angel Ferrer, a former forward known as Mista who had a brief stint as a designated player with Toronto FC.

Camp is being held at Atletico's new training complex in Madrid so the CPL players can get a taste of the Atletico culture and play pre-season friendlies against high-quality Spanish teams.

The CPL players will also get to see Atletico Madrid play at its new 68,000-capacity Wanda Metropolitano stadium, which opened in September 2017 and hosted the 2019 Champions League final.

"Especially in this first season, I think it's important that all the environment surrounding Atletico Ottawa is supported by Atletico Madrid," Lopez said.

Atletico's different teams do not all play the same style, with each coach bringing his own direction, said Lopez.

"But what is the same is the passion, the values, the hard work, winning spirit, humility," he said. "All those values are shared by all the teams that we're involved in. And that is the key to our success."

Lopez will be based in Ottawa, giving up his current role to become chief executive officer of Atletico.

"It's impossible to do both things," he said during a brief stop in Toronto before flying back to Madrid. "Especially if I'm going to be here (in Canada). But I'm going to wear several hats in Atletico Ottawa ... especially in the beginning."