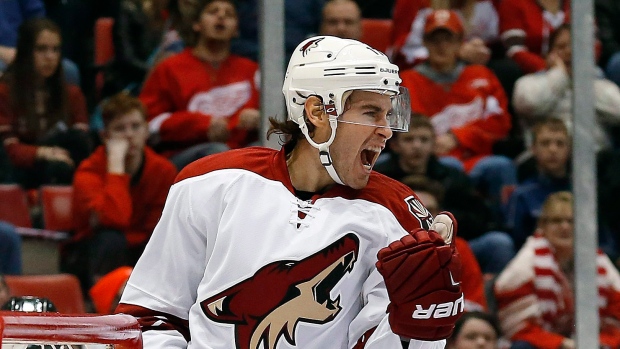 The Arizona Coyotes extended qualifying offers to seven players on Monday, but defenceman John Moore was not among them.

Acquired at the trade deadline in March as part of a package that saw Keith Yandle head to the New York Rangers, Moore struggled in the desert. In 19 games with the Coyotes, Moore had a goal and five assists and was a minus-11. His ice time rose from an average of just over 15:00 a night with the Blueshirts to 18:43 a game for the Coyotes.

A season ago, Moore set a career high with 30 points.

Originally taken 21st overall in the 2009 NHL Entry Draft by the Columbus Blue Jackets out of the Ontario Hockey League's Kitchener Rangers, the 24-year-old now becomes an unrestricted free agent along with seven other Coyotes.